Regardless of which platform you use to play Mafia: Definitive Edition, you'll find that the years since the original Mafia's release in 2002 have been kind to the city of Lost Heaven and its inhabitants. The entire city has been rebuilt from the ground up to take advantage of current technology, and whether you're meeting with associates in the backroom of a bar, massively outnumbered in a gunfight, or taking a break from Tommy Angelo's story to seek out hidden collectibles, every lovingly crafted detail serves to evoke the golden age of organized crime in the 1920s and 1930s. If you’re planning to play Mafia: Definitive Edition on PC, the visual fidelity of some of those details will vary depending on your hardware, so without further ado, here are the minimum and recommended specs for both NVIDIA and AMD setups: 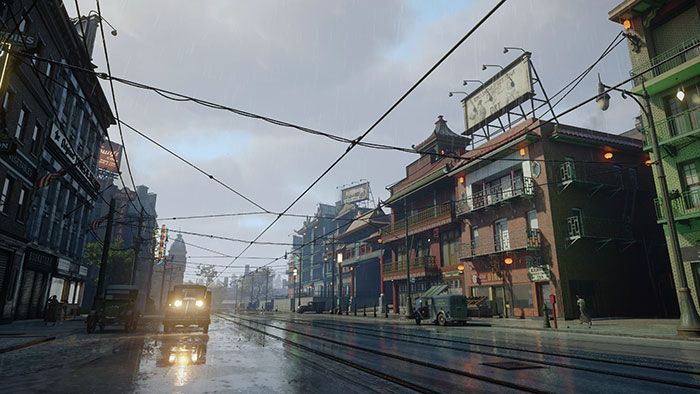 To ensure that Mafia: Definitive Edition runs smoothly on your PC you'll have access to a number of graphics settings. Motion Blur and Depth of Field effects can be toggled on or off to improve performance as needed, while each of the following options can be set to low, medium, or high:

Soon it'll be time for you to take your first steps into the world of organized crime, with exact launch times outlined in our "When Can You Play Mafia: Definitive Edition?" article. Whatever PC hardware you're using during your time in Lost Heaven, we think you'll like what you see.